A longtime favourite weekend getaway has been De Hoek Country Hotel, nestled in the Magaliesberg, and there was no better excuse to load up the all-new Nissan Navara Double Cab and take it for a test-drive for a stay in the countryside.

Merging the rugged strength of a bakkie with the comfort of a luxury SUV, the Nissan Navara was the perfect ride for the both on and off-road Magaliesberg terrain. With a groundbreaking 5-link coil rear suspension system and powerful twin-turbo diesel engine, pushing out 140kW and 450Nm of torque, the only impediment was having to test-drive the manual version as opposed to the choice 7-speed automatic transmission, which is also available for the ultimate in driving comfort.

Roughly an hour ride, and soon the hidden gem that is De Hoek unfolds at the foot of the Magaliesberg, with its landmark bridge over the Magalies River and unquestionable country charm. After a welcome aperitif and check-in, it’s time to relax in the comfortable countryside room, with timeless fittings and space to unwind. It’s what many have come to love about this retreat.

De Hoek has a lot to be excited about of late. New owners, a new management team, a new chef and a TripAdvisor accolade, with some exciting expansion plans on the horizon, all whilst keeping that countryside tranquility De Hoek has become known for.

Johann and Emma Redelinghuys and their family, the original founders of this award winning, elegant, Magaliesburg Country House Hotel, sold the business to Isaac and Khumo Shongwe who now become the sole owners. Isaac is the founder and Chairman of Letsema Holdings – a ‘buy and hold’ investment Company- in which he founded Letsema Consulting which is a leading black owned consulting company.

“It is a privilege for us to be handed the baton of ownership from the Redelinghuys family, the founders of such a special establishment, who have loved and cared for De Hoek Country Hotel for the last 25 years.”

De Hoek Country Hotel has also been recognised as a winner in the Top 25 Hotels in South Africa category of the 2018 TripAdvisor Travellers’ Choice™ awards for Hotels, ranking 18th out of 25. Travellers’ Choice award winners are determined based on the millions of reviews and opinions collected in a single year from TripAdvisor travellers worldwide.

The evening sees a decadent 3-course meal set next to a romantic fireside backdrop, prepared by new Executive Chef Jacques Swart. Swart is a highly experienced and talented young Chef, dedicated to producing World-Class Cuisine, using the finest seasonal produce that can be sourced in the local area.

He believes in keeping the end product simple and flavorful using both traditional and modern methods of cooking. Born and schooled in Klerksdorp, Swart holds a Diploma in Professional Cookery and has garnered experience through different sectors of the hospitality industry, highlights including luxury hotels such as The Michelangelo Hotel.

Swart has also competed and won medals and acclaim in various international competitions, including the World Culinary Olympics in Germany and the Dubai Culinary Championships, being a part of the South African Culinary team.

From exclusive open-air event catering to being inflight chef for First Class clients on Etihad Airways, Swart has travelled extensively around the world and has experienced a great variety of different cultures and cuisines. Jacques comes to De Hoek after being part of the opening team of the Four Seasons Westcliff Hotel in 2014, where he was Chef De Cuisine of Flames Restaurant.

The location as much as the cuisine itself, sets the tone for an evening of good conversation, relaxation and a chance to take in the serenity of the countryside. The hospitality team remains as always caring and welcoming, adding a very personal touch to a stay at De Hoek.

Swart joins an exciting operations team at De Hoek, led by General Manager Gavin Ferreira, they are planning many new and exciting culinary offerings, including Gourmet Weekends and Fine Food and Wine Dinners. In addition to the recreation complement, The Sandton Times is given a tour of the new spa on the property, which is in the making, adding another feather to the De Hoek cap of escape offerings. Much like its signature emblem, De Hoek is a crown jewel in the Magaliesberg.

The Sandton Times promises to keep you updated on developments as they unfold. Book your stay to this 5-Star South African luxury country hotel online with The Sandton Times by clicking on this link!

You won’t need to check the Powerball Plus results to get a great flight deal! Visit www.megaflightdeals.com 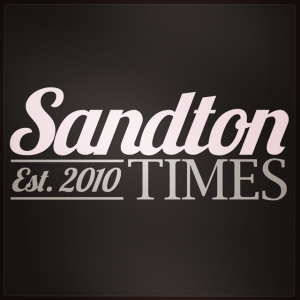